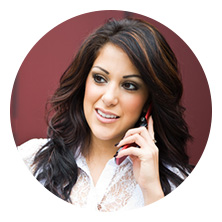 The Hispanic population is the fastest growing segment of the American marketplace, and many are bilingual. This is especially true of Hispanic Millennials, aged 18 – 29, of whom almost 40% are fluent in both English and Spanish. However, interpreting this data to mean that English language marketing would effectively target this group would be incorrect. There is actually a growing body of evidence demonstrating exactly the opposite.

According to a study by Nielsen, bilingual Hispanic Millennials prefer Spanish language advertising to English advertising in every case. In fact, there’s a global trend that’s begun to recognize the benefits and inherent differences in bilingual people, and it’s not just limited to the United States.

For example, the NIH has determined that bilingual people, irrespective of their language sets, are cognitively more capable than their single language peers. These people tend to make better decisions, and are able to focus more. They just bloom a bit later in life, specifically between the ages of 18 – 29. What makes this significant in terms of the Hispanic community is that these people are the leaders of America’s new middle class. Their subconscious preference to Spanish-language advertising and marketing means that companies failing to capitalize on this today may be overlooking tomorrow’s customers.

This is because Hispanic consumers are known to be fiercely loyal to brands. That loyalty is shared within and across families, meaning that bilingual Hispanic Millennial consumers are already setting the trend for their family’s brand preferences. By reaching out to them, you’ll be building and strengthening your market presence. That will establish a bond of trust between your brand and tomorrow’s decision makers and consumers.

Being aware of this gives you the opportunity to invest today’s marketing dollars into tomorrow’s markets, reaping the rewards of that investment year after year. All it takes is the right company, and the right message.

Gabriela Bucio Is Creating the Latinx Representation She Wants to See With Her Restaurants austin.eater.com/22388263/gabri…

The #marketing world has changed. Don't be left behind. @PosadaMedia

There is more to reaching the #Hispanic consumer than just translating your message to #Spanish. #FACT

Latnos Rely More on #SocialMedia as a Coronavirus Lifeline ow.ly/bn0030rD31B