Marketing to Hispanics for Brand Growth 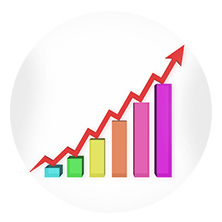 For a very long time, many companies failed to effectively cater to the needs of the U.S. Hispanic population. This was until multinationals such as Coca-Cola and Unilever realized the U.S. market had changed tremendously and Hispanic consumers are essential to future growth. The following are 5 reasons why you should structure your marketing strategy to capture this potentially lucrative demographic.

According to the most recent U.S. Census Bureau Data, the U.S. Hispanic population is estimated to reach approximately 54 million, or 17 percent of the total population. This makes it the largest minority group in the country. This population is expected to continue growing rapidly through natural birth and immigration, regardless of whether tighter immigration laws are enacted. http://www.census.gov/newsroom/facts-for-features/2014/cb14-ff22.html

Secondly, the US Hispanic population’s purchasing power is growing exponentially, from $1 trillion in 2010 and is projected to increase by 50% to $1.5 trillion in 2015. This makes Latinos prominent players in the economy. If the U.S. Hispanic community were a stand-alone country, it would feature among the top 20 world economies due the sheer strength of their purchasing power.

An interesting fact about Latinos is that they tend to be loyal consumers, with unique buying tendencies that differ from that of the general population. Hispanics in general, including those residing in the U.S., have strong family ties and traditions that make their culture enduring and sustainable. It is therefore prudent to clearly understand what influences their purchasing decisions, along with their needs and wants before developing and marketing your products to Latinos. Should they fully embrace your product, there is a good chance they will remain loyal to the brand.

Finally, Latinos are increasingly watching TV and accessing the internet. With viewing habits including parents and children co-viewing, watching sitcoms and sports, they are also the perfect audience for ads promoting products meant for the whole family.

Marketing to Hispanics: Why It's Not Just About Speaking Spanish entrepreneur.com/article/295296

Psychiatry.org - Many Hispanic American Parents Are Concerned About the Pandemic’s Effects on Their Childr… twitter.com/i/web/status/1…

Hispanic Market News is out! news.marketingtohispanics.net

Spanish-speaking audiences are a huge streaming market. Do media companies understand it? latimes.com/entertainment-…