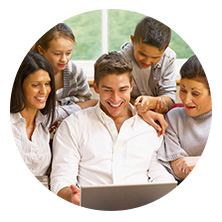 It may be time to rethink the phrase “melting pot” when referring to the American population. Census statistics show that the Hispanic ethnic group is growing more rapidly than any other. Tapping into its tremendous buying power, though, could challenge businesses that think reaching this demographic requires nothing more than a simple Spanish-language translation here or there. The first step toward effectively marketing to Hispanics involves gathering key insights.

Between the years 2000 and 2010 the Latino population grew 43%, from 35.3 million to 50.5 million, according to the U.S. Census Bureau. In the 2012 census, nearly one out of every six Americans described themselves as either Hispanic or Latino.

Says global information giant Nielsen in “State of the Hispanic Consumer: Hispanic Market Imperative Report” (Q2 2012), “If it were a standalone country, the U.S. Hispanic market buying power would make it one of the top twenty economies in the world.” In dollars, this represented $1 trillion in 2010, and the firm expects that to increase to $1.5 trillion in just five years.

Brands hoping to capture the hearts and minds—and wallets—of this significant market segment will have their work cut out for them if they want to turn these consumers into their customers.

Explains Paul Dunay in “Can CMOs Master The Customer Experience for Hispanic Shoppers” (Forbes, July 20, 2013), “The group actually embraces dozens of different nationalities, cultures and identities…as a result, buying habits and patterns may vary significantly depending on their country of origin and local community.”

Not only are Hispanics not a homogenous group, researchers have identified a number of ways in which they differ from the U.S. general market. Pew Research, in its “Hispanic Trends Project” (March 2013), found that Latinos are “more likely than general market Internet users to say they go online using a mobile device—76% versus 60%.”

Nielsen’s surveys note an even greater difference, finding “Hispanics are three times more likely to have Internet access via a mobile device but not have Internet at home.” The firm also found that though Latinos shop with less frequency, they spend more when they do shop. The takeaway, according to the firm, is that “Fewer trips among Hispanics make it critical for retailers to develop a strong connection to become the destination of choice.”

Capturing the opportunity offered by Hispanic consumers means learning about their needs and behaviors—just like you would do when entering any new market. And don’t assume that an English-language ad that has a high conversion rate will work as well when translated to Spanish. Test marketing, as always, is your friend, and can mean the difference between success and failure.

Gabriela Bucio Is Creating the Latinx Representation She Wants to See With Her Restaurants austin.eater.com/22388263/gabri…

The #marketing world has changed. Don't be left behind. @PosadaMedia

There is more to reaching the #Hispanic consumer than just translating your message to #Spanish. #FACT

Latnos Rely More on #SocialMedia as a Coronavirus Lifeline ow.ly/bn0030rD31B