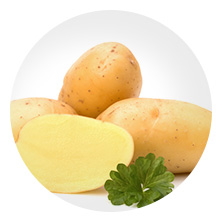 When the Right Word Spells Disaster

Everyone knows how to avoid using the wrong words, but what happens when the right words are used in the wrong way? One such real world example can be found in the case of an area flea market. They had translated their English ad copy into Spanish. Technically the translation was perfect, with the Spanish word “rastro” used for “flea market”. “El Rastro” is a famous flea market in Madrid, Spain, so the use of “rastro” was a correct application of Spanish. The problem was that the target audience for the translation was persons of Mexican descent, and in Mexico, “rastro” means “slaughterhouse”. It was a perfect translation with an imperfect application. The ad copy was literally on the way out the door before anyone noticed. Just a small nuance of word had changed the meaning of the ad from “Come to the Flea Market” to “Come to the Slaughterhouse”. Fortunately the mistake was caught in time, and a costly advertising fiasco was averted.

It Could Happen to You

The case of the flea market was not unique. Across cultural and geographic divides there are many words that have the same meaning but sound completely different, or sound the same but have entirely different meanings. Some of the most harmless examples can be found in food products. For example, in Spain “green beans” are known as “judías verdes”, yet in Mexico they are known as “ejotes”. In this case, the correct Spanish word is not commonly used by the target demographic of Mexico. In extreme cases there are words considered harmless in one language, such as a word for shell, or a particular type of fruit, which are offensive in certain Latin American countries. These nuances of language are common from one country to another, and even across different regions of the same country. To further complicate things, there are a great many “doble sentido” words, which literally means they have two meanings. Knowing what you are saying before you say it is not always easy, but in ad copy, knowing the meaning of what you say before it is said is critical.

A well-known example amongst the advertising community is that of the ill-fated Braniff Airlines commercial. The intent of the original advertisement was to promote the value proposition of the airline’s luxurious leather seats. In order to appeal to a larger market, the ad copy was also translated into Spanish. The original message was “travel on leather seats”, which was translated to “viaje en cuero”. Spanish speakers will of course know that “cuero” does indeed mean leather, but when preceded by “en” the meaning changes dramatically. In this case, Braniff was unknowingly inviting their Spanish speaking clients to travel naked. The ad campaign is remembered to this day, but not for the reasons Braniff intended.

Don’t Be That Company

Most businesses get one shot to impress.

Use the example of Braniff.

Don’t be the example.

Hire an agency familiar with your customers and the language of your target demographics.

Marketing to Hispanics: Why It's Not Just About Speaking Spanish entrepreneur.com/article/295296

Psychiatry.org - Many Hispanic American Parents Are Concerned About the Pandemic’s Effects on Their Childr… twitter.com/i/web/status/1…

Hispanic Market News is out! news.marketingtohispanics.net

Spanish-speaking audiences are a huge streaming market. Do media companies understand it? latimes.com/entertainment-…